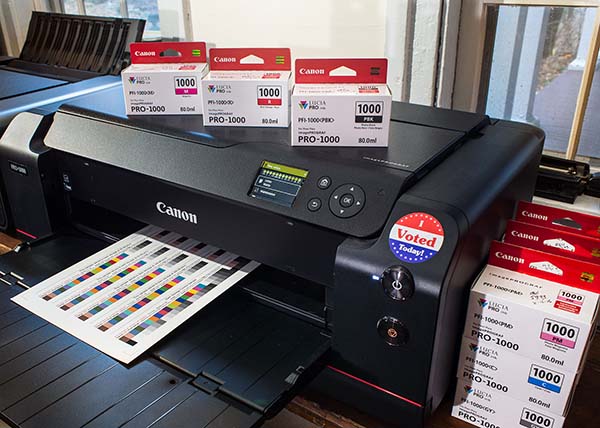 Our funding goal for the purchase of both a Canon ImagePROGRAF Pro-1000 and an Epson SC P400 recently reached 84% funded, and we elected to move ahead with this project.  Both printers were purchased along with additional inks to begin light fade testing of prints made on both printers.  Three Pro-1000 printer/ink/media combinations and one SC P400 printer/ink/media combination are also now in light fade testing as of November, 2016.

Red River Palo Duro Soft Gloss Rag is widely believed to be the same paper formulation as Canson Infinity Platine Fiber Rag and also Epson Legacy Platine.  Moab Entrada Rag Natural is a very nice fine art matte paper similar to Hahnemuhle Photo Rag, but it has no OBAs and is printable on both sides (even the roll version!). We hope to begin testing additional media in 2017.

These print samples have also been paired on the same light fade testing unit for a direct side-by-side comparison with some of the same media printed on a Canon Pro-1 and also on an Epson SC P600 as well. The P600 uses Epson’s latest Ultrachrome HD ink set, so we should discover how Canon’s latest ink formulation compares in light fade resistance to both Epson’s new HD ink set and Canon’s older OEM PGI-29 ink set used in the 13 inch Canon  Pro-1 printer model.

The 10 megalux hour test results are due to be measured in early February, 2017, but we also anticipate it will take until mid summer 2017 before trends begin to emerge in the 30+ megalux hour exposure data.  By the end of 2017, the 60 megalux hour results should give us a pretty clear idea of the comparative stability of Canon’s versus Epson’s latest pigmented ink sets.

About the Canon ImagePROGRAF Pro-1000

In late 2015, Canon introduced the imagePROGRAF Pro-1000, and in 2016 followed up with the 24″ Pro-2000, and 44″ Pro-4000. All three models incorporate a “new and improved” LUCIA PRO-11 pigmented ink set. Claimed by Canon to outperform the Canon 13” PIXMA Pro-1 on print quality, the Pro-1000 also marks Canon’s long awaited update in the 17 inch printer category. The Pro-1000 now utilizes a fourth generation LUCIA pigment ink set and no doubt exhibits superior image quality. In a somewhat perplexing development, Canon appears to have withdrawn what were very conservative claims on lightfastness for this new LUCIA Pro-11 ink set, originally listed in the online product specifications. Therefore, we are testing this new ink set in some head-to-head light fade tests with Epson’s latest HD ink set on the same media (please see the NEW INKS AND MEDIA FOR 2016 project). 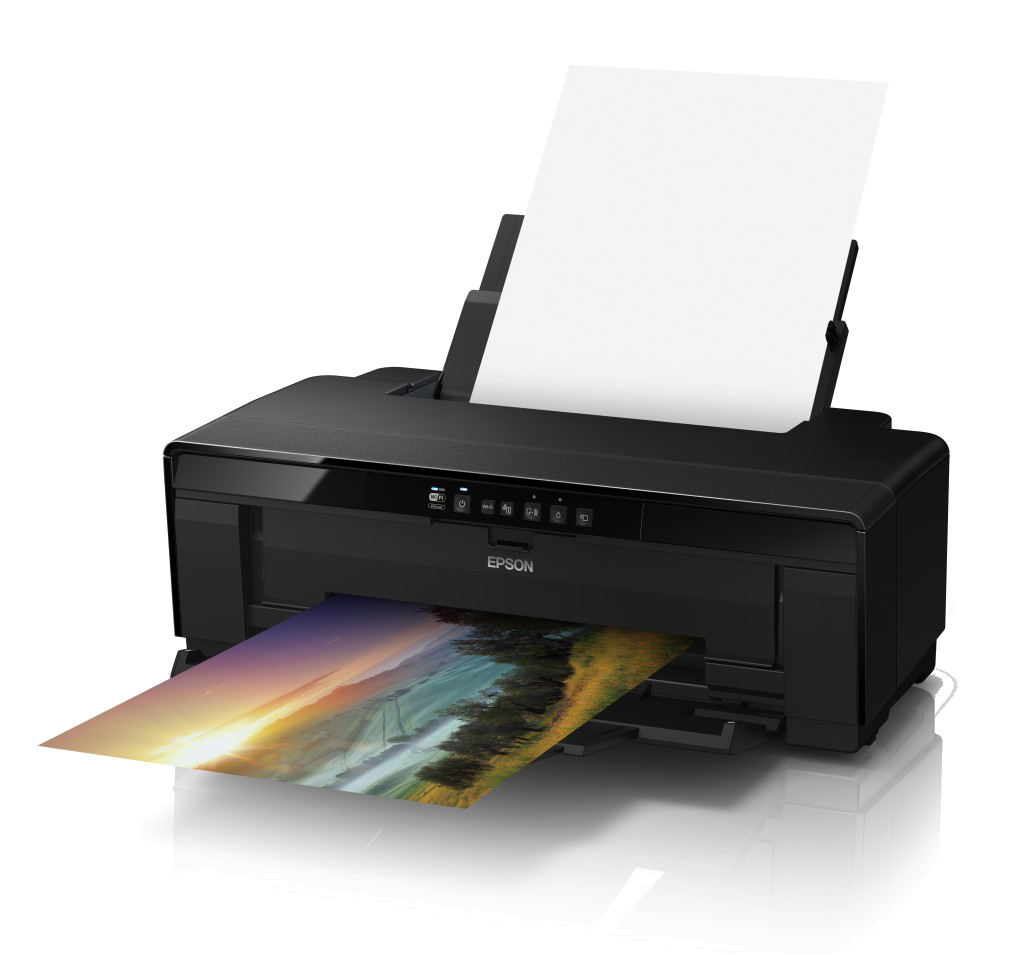 Claims “first-in-class” features for lower volume amateurs
Epson recently announced a new A3+ size printer called the SC P400. It began arriving in the US marketplace in the fall of 12015. The P400 uses somewhat higher capacity cartridges of the ”UltraChrome Hi-Gloss 2″ pigmented ink set (HG2) that was originally introduced in the R1900 model followed by the R2000 and now the new SC P400.